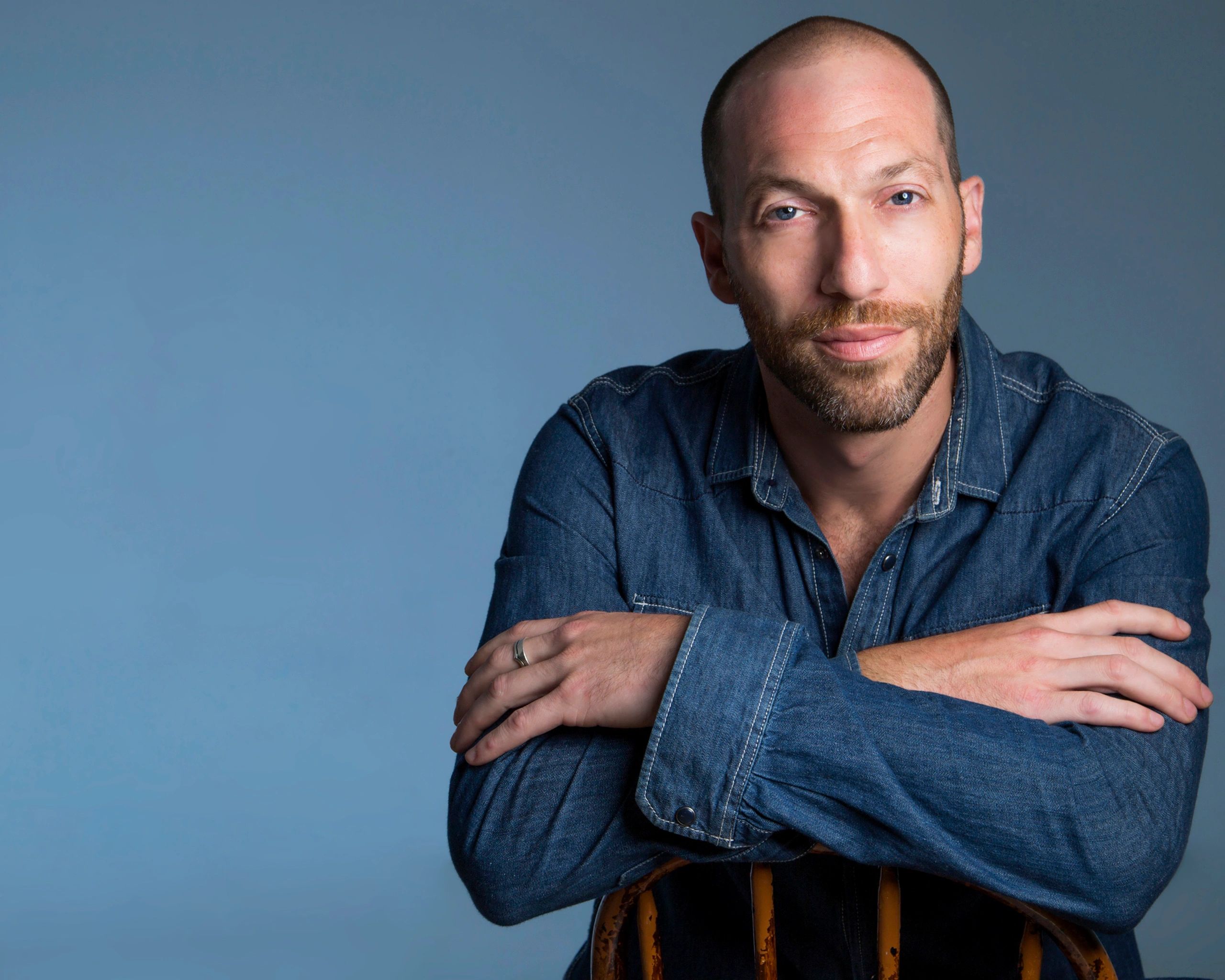 Joel Reuben Ganz was raised in New York, and attended Emory University, where a chance meeting with a professor changed his educational pursuits to theatre studies.  He completed the extensive undergraduate degree at Emory which is constructed to develop young artists in both classes and productions with both local Equity actor talent and nationally and internationally recognized artists.

After completing a Bachelor of Arts in both Theatre Studies and English Literature, Joel worked at the Virginia Shakespeare Festival, the Warehouse Theatre Company in South Carolina, and many theaters in Atlanta, GA before returning to Edinburgh, Scotland(where he did his third year of university studies in Literature) to co-produce and act in the International Fringe Festival.  He ran a small theatre company there for 9 months, producing and acting in a repertory of works before moving to Paris, France to attend the International Theatre School of Jacques Lecoq.

In Paris Joel was selected to complete the full two year training at Lecoq, which is a comprehensive program focusing on mime, mask, and the ensemble theatrical creation process. Between his first and second years at school he traveled to the island of Corsica to participate in L’ARIA, a two month workshop and performance showcase of work created and performed by artists from all over France and the world.

How it kept Going

After completing his training he moved to Washington, DC to begin work with Synetic Theatre, a movement/physical theatre company. He continued to work in DC with various companies including The Studio Theatre, The Shakespeare Theatre Company, Woolly Mammoth Theatre Company, Theatre J, Imagination Stage, Ford’s Theatre, The Kennedy Center, Solas Nua, Faction of Fools and Round House Theatre.


He has taught Lecoq technique workshops at Woolly Mammoth Theatre Company, American University, the Kennedy Center, The Duke Ellington School for the Performing Arts, the University of Pennsylvania, and Cincinnati Conservatory of Music,  Reed College, Miami of Ohio, Pace University, the New School, and the University of Utah, among others.  Joel also creates movement and choreography for local productions, and has worked with American University, Wilson High School, Solas Nua,  Venture Opera and Forum Theatre & Dance.

Where I am now

Until 2010 he was living in Washington, D.C., and in addition to his acting work, he has been running a private practice as a Licensed Massage therapist.


In January of 2011, he moved to NYC, to begin rehearsals for the American Premiere of WAR HORSE, as a puppeteer, at Lincoln Center Theater’s Vivian Beaumont Theater.  The show opened to rave reviews and won 5 Tony Awards, including Best Play.  WAR HORSE ran for two years on Broadway, and closed in January of 2013.


Presently he lives in Brooklyn and works in New York City and in regional theaters around the country.


He continues to offer workshops and classes, and most recently taught a one credit course at Emory University and also traveled to Sri Lanka to train the members of Mind Adventures Theatre Company in Colombo.

Do you have more questions? Are you interested in collaborating on a project? Send me a message, and I will get back to you as soon as I can.